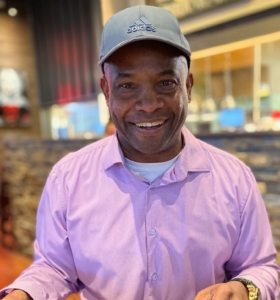 In the summer of 2018, a normal everyday dad had a longing in his soul. His imagination began to churn with various ideas. He felt called to reach out to another man. A man he had never met. With tremendous courage, he opened his heart and shared his vision and passion for doing more for his own kid and the kids he hung out with at high school.

A few weeks later, a group of eight men gathered. Once again, he courageously shared his heart with a group of men he hardly knew. Every man gathered was moved. Every man shared their own story. In that moment, every dad around the table was vulnerable, sharing similar struggles, desiring to be fully known and fully loved.

The Birth of The Father’s Club

It was on that warm August night, around a table of dads who did not know each other very well, that the Father’s Club was born.

We take a brief moment to celebrate and thank Vince Stephens. If it was not for his courageous and humble spirit, the Father’s Club would not be impacting 18 high schools, over 1,400 dads, thousands of kids, and numerous communities.

On March 25th, Vince celebrated his 60th Birthday. Vince has no desire to be recognized. He is just a dad struggling to find his way. We want to thank Vince for his passion and vision for creating simple ways for dads to be intentional with each other, kids and the communities we are called to serve. Vince, you are one heck of a good looking 60 year old man. We love you brother.